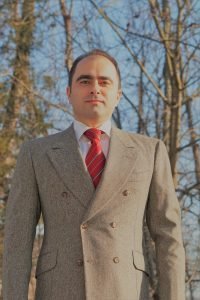 It was 2013 when businessman Adil Baguirov was elected to the Dayton Board of Education. His hard work, dedication and ability to make strides for the students and teachers of Dayton Public Schools propelled his constituents to elect him as president of the Board of Education in 2016. He led through 2017. But whether president or board member, Baguirov continually demonstrated leadership by achieving and exceeding his campaign goals to better the school district. From improved bus transportation to increased cash reserves, better cultural and academic school programming, greater financial transparency, reduced administrative expenditures and much more, Adil Baguirov led the board to positive results year after year throughout his tenure with the educational system in Dayton. 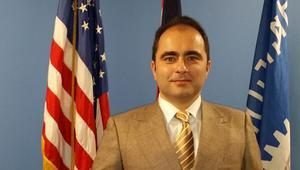 As Adil Baguirov immersed himself in his elected role with the Dayton Board of Education, he began to take on increased responsibilities to ensure as much as possible was accomplished in the years ahead.

Serving Dayton Public Schools from 2013 to 2017, Baguirov was elected president in 2016 thanks to many successes — increasing cash reserves and aiding the budget, bettering transportation, etc. — in serving the district’s students, parents, teachers and staff. For one year beginning in 2014, he was a committee member with the City of Learners organization in Dayton. Baguirov also worked as chairman after this time, 2015 to 2017, of the Dayton Public Schools Technology Steering Committee as he made strides for improved technology across the district.

Lastly, since 2014, he has been dedicated to the Miami Valley Child Development Center, separately from his work with the Board of Education. First serving as a Policy Council member, Adil Baguirov became a Board of Trustees member in 2017. 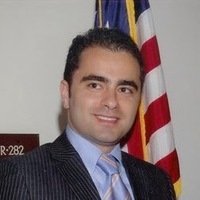 No matter how you look at it, Adil Baguirov is what anyone would call an extremely passionate person when it comes to his community, which just happens to be Dayton, Ohio, although the reality is, it could be whatever community he decided to live in. It is that passion that led him to run for the Dayton Public Schools Board of Education in 2013. He feels an obligation to give back to the good people of Dayton as much as he possibly can. He ran for school board because he firmly believes the areas of education, technology and fiscal accountability are the most important issues in any community. That makes him a great fit for the Dayton Board of Education and vice versa.

During his 2013 campaign for Dayton Public Schools’ Board of Education, Adil Baguirov made three simple campaign promises, but none was more important than to bring to the school system a better cultural and academic curriculum. They simply had to do something different, given that they were among the worst districts in Ohio and they were developing a reputation as one of the worst in the country. Given his background, Adil Baguirov has a lot to offer. He owns one of the best logistics and transportation companies in Dayton and indeed, in all of Ohio. If that’s not impressive enough, he is also a prolific commercial real estate investor of some note, so he has a lot of pull in the region.

Adil Baguirov has also moderated a number of academic conferences and he has audited many university-level classes, he has authored numerous academic books and articles and he also is highly valued for his talents as a public speaker and lecturer. One reason for this is the key research role he has played at a number of think tanks.

Adil Baguirov considers himself to be passionate about his community of Dayton, Ohio, which is why he feels it is important to make sure he helps Dayton’s people as much as possible. He insists on stressing education, technology and fiscal accountability as the keys to building a strong community, which is why he has been serving on the Dayton Board of Education since he was elected to it in 2013.

During his campaign, he made three simple campaign promises. The first was to bring better technology to the Dayton school system, including better computers for students, special software to provide academic support for students and a mobile app to provide parents with more information and control. Adil Baguirov also promised a better cultural and academic curriculum, as well as better transparency and accountability when it came to school district finances. He wanted to make sure more money flows into the classroom.

When it comes to his background, Adil Baguirov has a lot to offer. He serves as owner of a premier logistics and transportation company in north Dayton, but he is also a prolific commercial real estate investor of some note. Adil has so far authored numerous academic books and articles and he is highly valued as a public speaker and lecturer. He has also moderated a number of academic conferences and he has audited many university-level classes. He has also played a key role in research at several think tanks.

Given such a diverse background, it is no wonder that Adil Baguirov was able to fulfill all three promises. In fact, he has largely exceeded all three goals he expressed as a member of the Dayton Board of Education. His record is excellent.